Today’s poem is about the unconscious, again. It was paired with the “Thunder-Galloping” one when published in Snakeskin, November 2016. 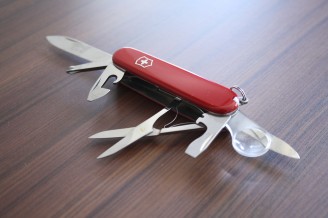 THE UNCONSCIOUS GETS NO RESPECT

The unconscious is a melancholy drunk
It prattles on in dreams with brutal truth.
“I’m getting ugly and I’ve lost my youth.”
“In useless youth I was a stupid punk.”
It evilly summons loved ghosts from the past –
Bobs this one’s hair and dyes it a rich red –
Conflating one who’d never shred their head
With unrelated one who lives life fast.
It sings its nonsense songs like Lear’s poor fool,
Nonsense that turns out sane in retrospect;
Is treated with contempt, or else neglect;
Unrecognized for what it is: a tool,
A genius program for decoding life,
A mental multi-blade Swiss Army knife.

This poem was written four weeks after “My Thunder-Galloping Unconscious Mind”. It repeats my attitude towards the unconscious: that it is powerful, deserves respect, and when respected provides health, direction and inspiration. I go through periods of writing about the same subject, just as an artist may do several versions of the same landscape either to try to capture the ineffable or simply to experiment with different weathers and lights and moods.

The structure of the poem – well, it is in reasonable iambic pentameter, but I’d say it’s a technically weaker sonnet than its twin, with a regular but less admirable rhyme scheme. The octet breaks satisfactorily into two quatrains and the volta is acceptable; but though the sestet has a concluding couplet, it’s actually a bit scrappy.

Be all that as it may, I like the poem; and publication in Snakeskin is always a good seal of approval.