You wake and see dew on the grass in spring
But I see futures present changes bring:
Global warming replacing dew with drought,
Nanotech replacing grass with grout,
A.I. replacing people’s minds and thought,
Genetic mods replacing us—with what?
In other words, our world’s about to pass.
Poetry must be more than dew on grass.

I was honestly a little surprised when Light Poetry Magazine told me they would publish this poem. I mostly associate them with their snippy, jokey little poems that appear weekly on topical subjects, Poems Of The Week. Maybe this is unfair, as their full twice-yearly magazine profiles individual poets and has useful book reviews as well as poetry from a couple of dozen formal poets. Be that as it may, I felt this poem might be a little more Dark than Light.

Not that I’m pessimistic about the future. I’m intrigued, and resigned. Just as in William Golding’s ‘The Inheritors’ in which a tribe of early humans finds modern humans moving in and displacing them, so modern humans look like being displaced by something we can’t yet identify. We are like Native Americans when the Europeans started arriving, like White America as the demographic shifts to a more globally representative population, or like every generation that finds the children and grandchildren listening to unrecognisable music and using incomprehensible technology. Is any of this bad? It can be handled well or badly, but it is a natural and unending process.

And now we’re facing a variety of technologies that together can completely remake the human: genetic engineering, A.I., robotics, infinite data-crunching, nanotechnology… Will we casually and irresponsibly start remaking humans? Of course. It’s inevitable. If one country clamps down on it, it will simply happen elsewhere. And what is the likely outcome? I haven’t a clue, but I’m intrigued.

Photo: “morning dew” by haglundc is licensed under CC BY-NC 2.0 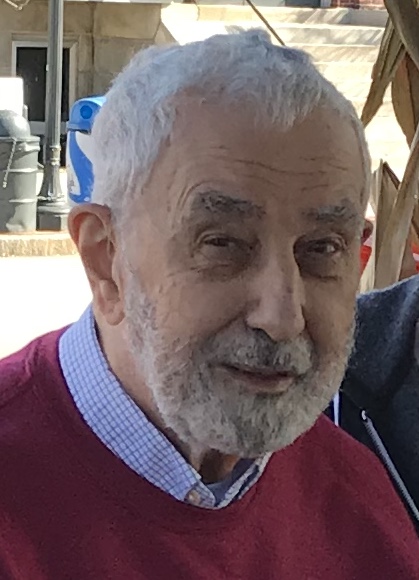 Read me a bedtime poem, said my son.
So I read him this:

We say hippopotami
But not rhinoceri
A strange dichotomy
In nature’s glossary.

But we do say rhinoceri, he said.  Look it up.
So I read him this:

Life is unfair
For most of us, therefore
Let’s have a fanfare
For those that it’s fair for.

I smell a slant rhyme, he said, sniffing.
So I read him this:

While trying to grapple
With gravity, Newton
Was helped by an apple
He didn’t compute on.

My teacher says that’s not poetry, he said.
So I read him this:

René Descartes, he thought
And therefore knew he was.
And since he was, he sought
To make us think.  He does.

That made me think, he said.  But not feel.
So I read him this:

My hair has a wonderful sheen.
My toenails, clipped, have regality.
It’s just all those things in between
That give me a sense of mortality.

Did the earth move?  I asked.  Anything?
Nothing moved.  He was asleep.

Ed Conti writes: “I sent the following quatrain to John Mella at Light and he accepted it (those were the good old days).

We say hippopotami
But not rhinoceri
A strange dichotomy
In nature’s glossary.

I don’t remember what the title was but I’m sure it didn’t hurt the poem.  A few weeks later dis-accepted the poem.  He had consulted with a fellow editor (I didn’t know they did that!) and found out you do say ‘rhinoceri.’  Now what?  I didn’t want to trash the quatrain, not with ‘t those felicitous rhymes.  So how to keep the verse and note the error. That was it, link a whole bunch of poems with their shortcomings (and I have a lot of those) and do a learned dissertation on what their problems were.  And who better to do that than one of my two sons.  Which one? It wouldn’t matter, I wouldn’t name him.  That way if one of them said he didn’t remember that happening, I would say it was the other son. Besides they were too young to worry about personas (personae?) And I wasn’t sure if I actually knew what they were.

So what does the reader get out of this poem?  Probably nothing. I write for myself because it’s fun.  If the reader chooses to enjoy this poem, that’s his problem.”

Edmund Conti has recent poems published in Light, Lighten-Up Online, The Lyric, The Asses of Parnassus, newversenews, Verse-Virtual and Open Arts Forum. His book of poems, Just So You Know has been recently released by Kelsay Books.
https://www.amazon.com/Just-You-Know-Edmund-Conti/dp/1947465899/

But that is not what I meant at all
In order to mean something new,
Trying to re-verb sunrise,
Trying to undo the dew.

Or stirring the coffee slowly.
As if retracing a rune,
Hoping the sugar will undissolve,
Emerging pristine on the spoon.

I’ve always been fascinated by the notion of reversal, from turning back time to building order out of ever-encroaching disorder. On a universal scale, this act is impossible, but on the local level, one can make little inroads: writing a poem, for instance. I started out with just the line “All I say I unsay now.” The rest is fanciful, I admit, but I had fun. The poem appeared originally in Light, when it was edited by its founder, John Mella. He’d rejected a few other poems, but this one he took at once.

David Galef has published over two hundred poems in magazines ranging from Light and Measure to The Yale Review. He’s also published two poetry volumes, Flaws and Kanji Poems, as well as two chapbooks, Lists and Apocalypses. In real life, he directs the creative writing program at Montclair State University.
You can see more of his work at www.davidgalef.com 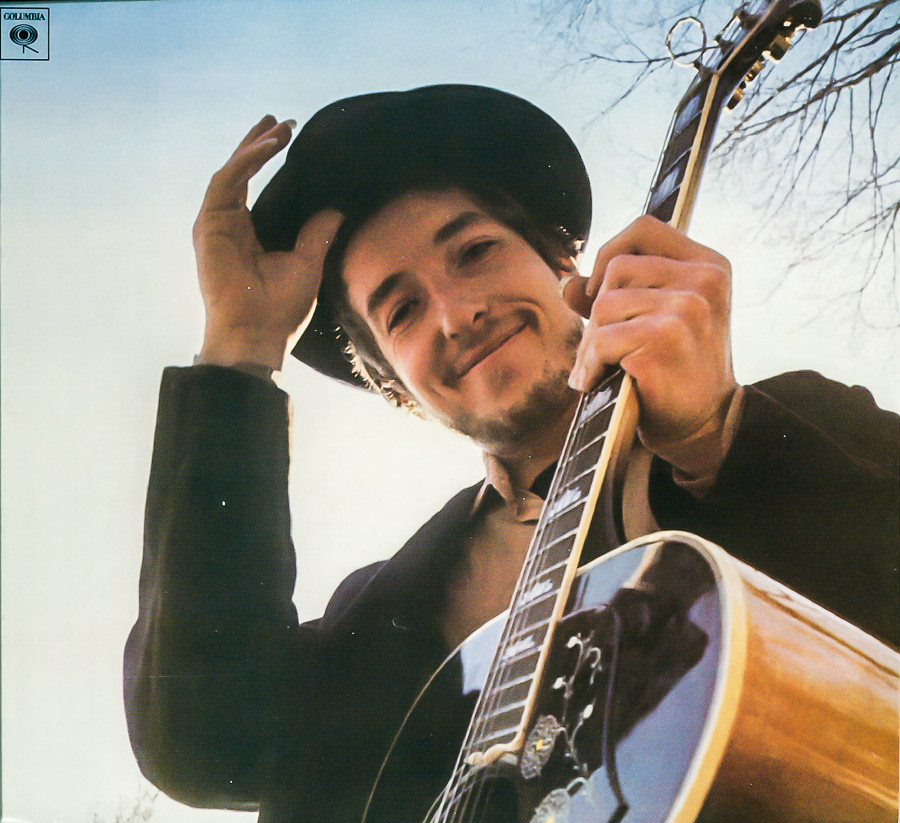 “Selections from My CD Collection (Various)” by flickr4jazz

“You look like a musician-poet in that dark fedora.”
I think of the young Dylan, and it takes away my breath,
And for her easy flattery I all the more adore her…
But she meant Leonard Cohen in the days before his death. 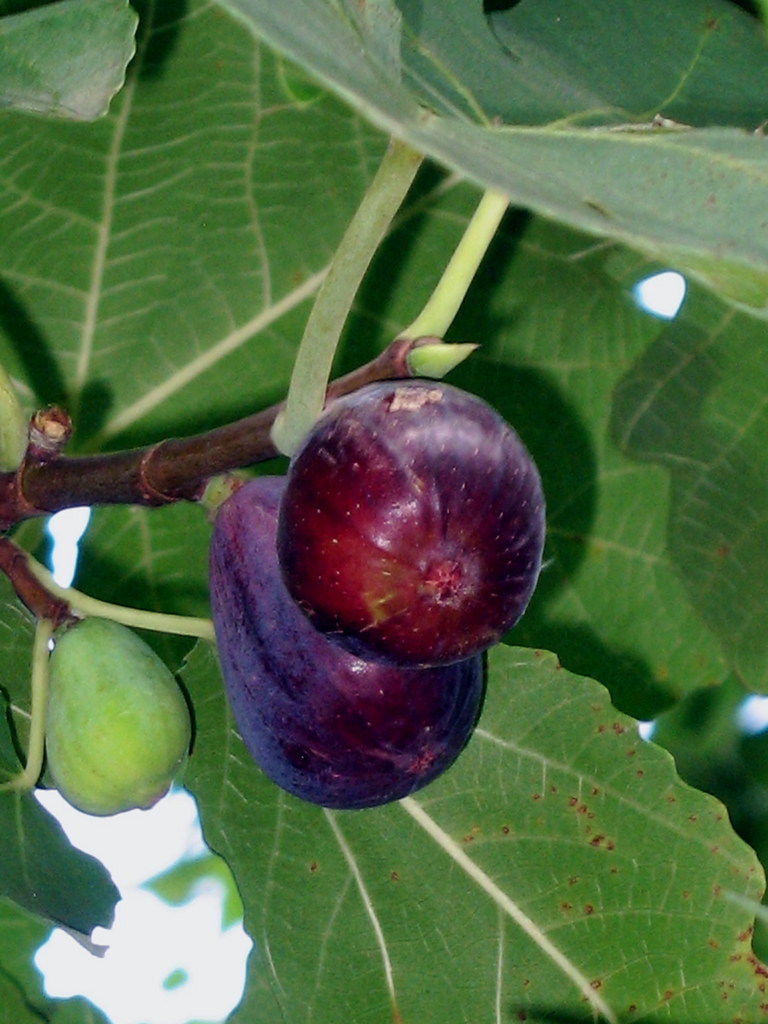 “Figs are Ripe” by M.P.N.texan

The fig leaf symbol’s one of History’s greats
As, inter alia,
It hides, discloses and exaggerates
Male genitalia.
The fruit itself suggests the female form —
Dripping with honey
The little hole breaks open, pink and warm . . .
The Bible’s funny.

First published in The Asses of Parnassus, this poem has just been republished in Better Than Starbucks, which earned a “Kudos on your brilliant ‘The Fig Tree'” from Melissa Balmain, editor of Light. That’s a trifecta of editorial acceptance – it makes me proud, and I have to erase my lingering suspicion that the poem would be thought too rude for publication. Now I rate the poem more highly, as being not just a personal favourite but also acceptable to a wider audience.

It sometimes feels that all I write is iambic pentameter. It is always reassuring when a poem presents itself with half the lines being something else, and the result is a lighter, less sonorous verse. The rhymes are good; the poem’s succinct and easy to memorise. I’m happy with it.

This poem was published in Light, August 2017

“Ear, In Situ” by rosefirerising

To be true to myself and quite clear
I whispered into my own ear;
I nodded, replied;
But, suspecting I lied,
I’m pretending I just didn’t hear.

About the use of form: pfft, it’s just a limerick. Limericks are designed with a bouncy, sassy meter and rhyme scheme. If ever there was a form that demonstrated how the use of rhyme and meter is part (and, I argue, an essential part) of the creation of the mood of the poem, it is the limerick. Perfect for puns, satire, rudeness and general frivolity, it is impossible to have any emotion of great seriousness when reading thoughts written in this form.

Therefore if you want to maximise the seriousness, for example, with which your verse is read, realise that an appropriate form is one of the requirements. And if you want your thoughts to be memorable word for word, then rhyme, rhythm, alliteration and assonance will be among the tools you use.

Light, the “journal of light verse since 1992”, has just published its Winter/Spring 2019 edition (online), with poems from over 40 light formal verse poets, and insightful book reviews of new books of formal verse (not all of it light verse). It is worth getting on Light’s email list, not only for the semiannual issues, but also for the half dozen poems on current topics that they publish every week – get a quick chuckle from a rhyme-rich twist on the week’s headlines.

This specific issue is of interest because of the book reviews: of the five reviews, two are of books by authors already published in our Potcake Chapbooks (Ed Conti and Alicia Stallings), and a third is a review of the chapbook series itself:

A new source for pocket-sized light-verse collections just rode into town as well. The Potcake Chapbook series is a collection (three, so far) of pocket-sized anthologies smaller than many cell phones. These books appear to be made specifically for Light readers in that the series “subscribe[s] to the use of form, no matter how formless the times in which we live,” the poems are selected to achieve that lovely balance between wit and sweetness—and sometimes outright belly laughing—that is the hallmark of so much good light verse, and the poets in the first two volumes are nearly all road tested and approved by Light‘s editors. Rogues and Roses covers love and sex in a surprising number of variations for thirteen short pages, and Tourists and Cannibals ranges from local holiday spots (Terese Coe) to escaping the heat others come specifically to find (A. E. Stallings) to learning languages (Robin Helweg-Larsen) to a hat-tip to one’s homebound god when in a temple on the other side of the world (Gail White). Careers and Other Catastrophes just came out. I haven’t seen it yet, but if it matches its sisters, it’s worth getting the whole trio.

The Potcake books include lovely little three-color illustrations, and for less than the cost of a latte (plus postage from England) you can amuse yourself or give a truly unexpected gift. Either way, the mix of poems and the quality of the work will delight and surprise. This series should continue and thrive.”

Light is a non-profit organization, and signing up is free. Personally, I think it should be a mandatory part of English lessons in middle and high schools – we need more people reaching adulthood with the ability to enjoy the strengths of verse in the English language, and its integral part of our culture.