Never believe the lies of war, and the orders
that seem to make sense –
whether Hitler or Bush, no one storms over borders
“in self defence”.

“Leading the Free World” by having the biggest gun
has always chilled
those on whom the guns are turned, on everyone
free to be killed.

This is another of my anti-imperialist or anti-war poems, first published in Ambit’s 200th quarterly issue in the UK. Despite the tone of the poem, I should clarify that I don’t dislike guns in themselves. One way or another they were in my life for decades: capguns as a kid, then BB gun and speargun, four years of .303s at school in England (and a submachine gun on school exercises in Denmark), earning my Marksman badge in training in Canada, letting my own kids try skeet shooting, Nerf guns and super-soakers…

But I don’t see any reason for anyone to own any firearm other than a single-shot hunting rifle.

And as for military forces, given that invaders need several times the firepower of defenders to be successful, I don’t see the need for any military force to be more than a third the size of its biggest competitor. Anything more than that would be best channeled into (a reformed, effective, efficient) United Nations. And never believe anyone who says they need to strike first, in self-defence. They are the bad guys, by definition.

Technically the poem is a little loose. The rhymes are OK, but the scansion is erratic, relying on the reader to find five beats in the longer and two beats in the shorter lines for a rhythmic read. Iambic pentameters it ain’t. But the short lines are the cleanest and the punchiest: that’s where the action is. My hope is always that a strong last line absolves a lot of earlier sins. 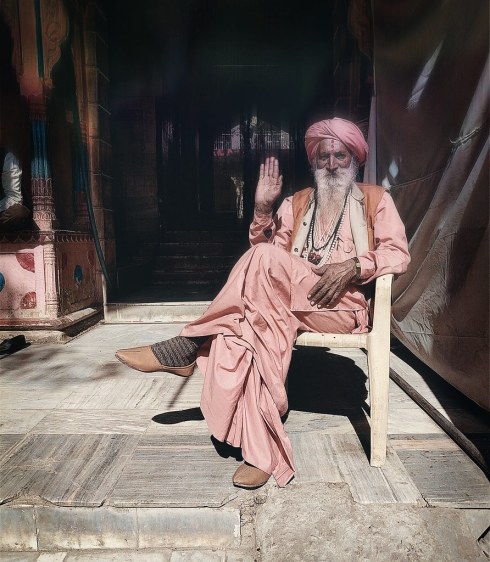 A wealthy young prince called Gautama
Loathed worship of Krishna and Rama;
“It’s inside you,” he said
But, once he was dead,
He was worshipped…. That’s interesting karma!

A radical rabbi called Jesus
Assumed if he loved us he’d please us;
Though he loved Mary Magdalene,
John, and small children,
His power was no match for Caesar’s.

A second-rate father, Karl Marx
Let his kids die while writing remarks
On Struggle and Might
And the duty to fight
For state-owned newspapers and parks.

I love limericks. Their elegant form, rhythmic and rhyme-rich, and their frivolous and chatty anapestic feet, allow you to be rude and insulting without causing more offence than a well-dressed wit who has had one too many drinks at a party. And as such, they say things with very few words in a way that is very easy to remember.

As for gurus… well, it’s always good to be able to listen to people with more experience and wisdom than oneself, but that doesn’t necessarily make them correct in their analysis, infallible in their prescriptions and proscriptions. They’re still only human, full of half-aware dreams and unconscious bias. And if they have swarms of devotees and go off the rails, well, they really go off the rails.