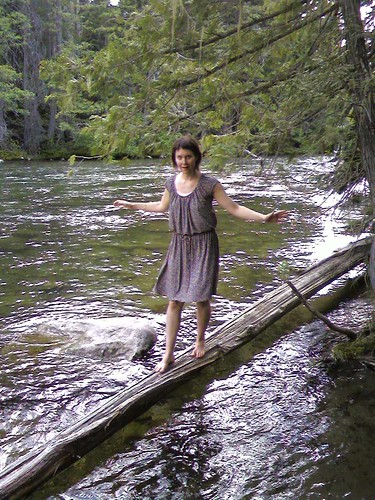 environments, and suggests we will keep doing this until we’re human no longer. Not that this is necessarily a bad thing, any more than our past changes appear bad to us now.

The poem was published last week in Bewildering Stories, the online science fiction (or speculative fiction) magazine which has been running for some 18 years. And with poetry, of course!

The link that I have given to the poem takes you to a further link where the editor solicits opinions about the meaning of some of the poem’s statements. The Challenge questions are an interesting addition.

From Cavemen to Post-Human

From the first cavemen clinging to some logs,
escaping with their lives from flood or slaughter,
to mega-palaces that cruise the water,
humans became amphibious as frogs.
Then into space: hostile environment,
no barrier to ways to stay alive,
no worse in Mars domes, modules at L5
than in an igloo or a desert tent.
Next, thought balloons by tech cut free of place,
drifting connecting through ethereal skies,
where we upload ourselves as thought and rise
into the cloud as a post-human race
in new non-human landscapes without land,
pure energy as a new tribal band.