The evangelists of the apocalypse,
our old friends Murder, Murk, Lucre and Grab,
advance, all slinging guns and swinging hips–
valkyries, horsemen, ravens – rend and stab,
corporate-coloured red, blue, yellow, green–
give opiate online lives, plant-meat kebabs,
while sucking out the everything between
to flesh and farm their diabolic labs
where rats, replaced by chimps, replaced by us
are harvested, dissected and thrown out.
The Evangelists, a giant octopus,
seize and build all that maximizes clout
till A.I., comet-like (think Yucatan)
wipes homo sapiens out, grows Superman.

This apocalyptic SF sonnet was published in Star*Line, now edited by F. J. (Jeannie) Bergmann of Wisconsin. Think of it as pure optimism: the evil corporate giants were sucking humanity dry, but then A.I. takes over and, yes, wipes us out altogether, but at least replaces us with something better! The optimism being that we may not be actually eliminated, more like upgraded…

Do I believe that? No. But I also don’t think we can even guess at what the world will be like by the end of this century. Humans will be transforming themselves unpredictably by then. So hopefully the planet will still have some form of us around, and not just postnuclear cockroaches. 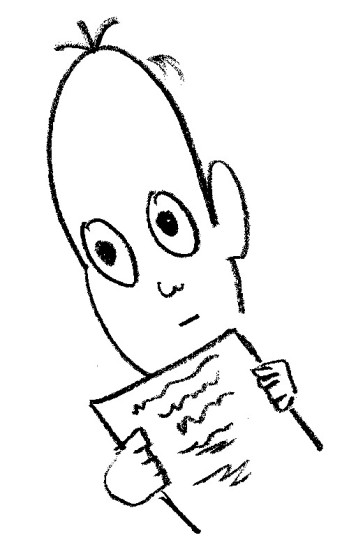 I, Robin, being of sound mind, declare
the Cryonics Institute shall have my corpse.
That’s where I’ll rest, if I can get shipped there,
no matter how friends stare, family gawps.
“I”, “corpse” and “rest” are contradictory, true,
because we’re into science frontier realms
where problem-solving causes problems anew,
where human thought both helps and overwhelms.
Limitless lifespan, or apocalypse?
Both feasible as we reach out through space.
Cryonics is a ticket for both trips…
or none at all, if humans lose our race.
Enjoy this puzzle-path, solve it and thrive.
Drive to arrive alive. Strive to survive.

Another of my existential sonnets, this one just published in Star*Line, the quarterly publication of SFPA, the Science Fiction & Fantasy Poetry Association, now in its 43rd year. Star*Line is one of those tolerant poetry magazines which will publish anything that appeals to editor Vince Gotera, from formal verse to experimental poetry–so long as it deals with space ships or time travel, dragons or golems and so on, of course.

Technically this is a Shakespearean sonnet, i.e. it’s in iambic pentameter and rhymes ABAB CDCD EFEF GG. Each of the 4-line blocks is a complete thought, describing the existential situation being faced. There is a volta or turn (but it’s weak) before the final couplet which moves from description to prescription: the couplet is a call to action.

By the way, I am changing the poem’s title with this blog post–it appears in Star*Line with the first line as the title.

Zombie Apocalypse –
there’s a pandemic and
AI has run amuck –
this is no practice round,
this is for real!

Zombie Apocalypse –
head for a tropic isle,
live on fish, coconuts –
solar will last a few
years, then corrode.

Zombie Apocalypse –
walls can be built without
concrete or plastering,
fight infestations of
zombies and dogs.

As the world splits in two
all the Enhanced are gone,
gone to the Cloud and space;
only the Left Behind
scrabble, deteriorate,
left in the dirt and ash,
left on the Earth.

I, the last poet am
here on Earth’s farthest beach,
toweled, not panicking,
waiting for Branson and
Musk in their ships.

Yes, humans love the threat of the end of the world, the collapse of civilisation, all apocalyptic disasters. We don’t want the disasters to be inflicted on us… but we love thinking about them. Perhaps it’s a way of thinking about our own mortality, without actually thinking that it is we who will die one day.

The Zombie Apocalypse is wonderful because it is both a complete fantasy (as in the photo) and an image for the kind of catastrophic real-world disaster that an out-of-control plague can inflict–a medieval Black Death killing a third of the population… an early 20th century Spanish Flu infecting a third of the world’s population (but “only” killing maybe 50 million)… or, of course, a coronavirus leaping out of a food market in Wuhan and spreading around the world before anyone can get a proper handle on it. Death is real. Around the world, 150,000 people die every day. What can you do but work to minimize death–and laugh at it?

And then there’s the fantasy of being one of the lucky few survivors, faced with the difficulties of a post-apocalyptic world, a post-nuclear Wasteland, a flooded Waterworld, a Biblical Left Behind, reminiscent of Nevil Shute’s On The Beach, John Christopher’s The Death of Grass (No Blade Of Grass in the US), even Ursula Le Guin’s post-alien-invasion City of Illusions. Carrying a towel like Ford Prefect to hitchhike through the galaxy, away from doomed Earth. Dramatically, heroically, surviving the destruction of the world as we know it. As though you can dramatically, heroically, survive the time-driven destruction of your body…

The poem itself (yet another one published in Bewildering Stories) is unrhymed, but written in a form inspired by double dactyls. Technically double dactyls are eight-line poems with a few additional requirements–the form was created by Anthony Hecht, Paul Pascal and Naomi Pascal in 1951, and popularized by Hecht’s and John Hollander’s collection Jiggery Pokery… the name of the book being a double dactyl, naturally. So this poem is only “inspired by” double dactyls. But, as with limericks, the bouncy rhythm adds to a mood of flippancy, frivolity, which is always suitable (in my mind) when discussing existential catastrophe. I tip my hat to Country Joe and the Fish for the I Feel Like I’m Fixin To Die Rag, and to all political cartoonists everywhere.

Life is short; enjoy each day.