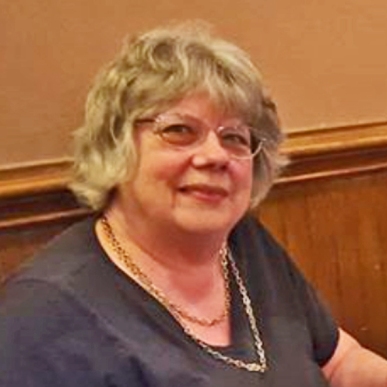 My aunt who brought her kidney function back
By eating grapefruit seeds for fifty days
Makes no impression on our local quack.
It’s anecdotal evidence, he says.
There are no reproducible results.
Another person might eat grapefruit seeds
For fifty days and cease to have a pulse.
Cause and effect’s the evidence he needs.
The evidence is all in favor of
The proposition that the dead are dead,
Despite our bitter hope and wistful love.
Yet when my mother died, my father said
That just before the chill that would not thaw,
Her face lit up with joy at what she saw.

Gail White writes: “One poem out of a lifetime’s work is hard to choose, but I find that when I think back over many years of sonnets, my mind keeps settling on this one (first published in Measure). The opening is light (and fictional), but the final sentence on my mother’s death is serious (and true). Perhaps for that reason it has stayed near my heart.”

Gail White is the resident poet and cat lady of Breaux Bridge, Louisiana. Her poems appear in several of the Potcake Chapbooks, available from Sampson Low Publishers; her books ASPERITY STREET and CATECHISM are available on Amazon. She is a contributing editor to Light Poetry Magazine. “Tourist in India” won the Howard Nemerov Sonnet Award for 2013.