See the violinist
blocking, enchanting passing crowds with his bowing
and watch some ragged child, the very thinnest,
with held-out cap through those crowds coming and going.

Or the organ grinder
haunting the emotions and memories of all,
his songs life’s bittersweetness’s reminder….
but it’s his well-dressed monkey makes the coins fall.

And more: the child’s home work handed in
though mostly done by mummy;
and more: the wisecracks bandied in,
seemingly by the ventriloquist’s dummy…

This is the poet’s story:
somewhere some unseen Maker
wrings from a wild wand
magnificence, sadness, glory…
while the mere poet capers,
postures, and holds out a hand.

All of which is merely a complicated rumination on not knowing where poetry comes from. It feels like the initial impulse and the key words come from outside, from some muse or god of poetry… and the poet is merely a puppet: observed, apparently autonomous, but not the true artist.

This poem was published in The Road Not Taken: The Journal of Formal Poetry. It may not be as formal as you would expect, but it has a steady structure complete with rhymes. I make no apologies for its inadequacies – the poem itself allows me to blame the unknown puppeteer.

Gorging on food, an atavistic trait
useful, essential, in the paleolithic–
like a man’s lust for teenage girl as mate–
is one not needed now, shamed as horrific.
It’s healthy, though, to recognise such drives,
note where they came from, why they once were good:
these traits in which the primitive survives,
inbuilt components of our personhood.

It’s acting on them, though, that we deplore:
those who fuck teens and those who overfeed,
like those who steal, or lie, or start a war,
aren’t shamed for primitive desire, but deed–
like those who pray to gods, follow religions,
or skry the future from entrails of pigeons.

It’s not PC these days to even mention various issues, and I seem to have covered a lot of them in this sonnet. But it’s a decent enough Shakespearean sonnet (iambic pentameter, ABAB CDCD EFEF GG, volta between the octave and sestet) and also a good enough expression of an opinion, so what is there to complain about? Originally published in that not-always-comfortable but always formal ‘The Road Not Taken – A Journal of Formal Poetry’. Thanks, Dr. Kathryn Jacobs!

“Young and Fat” by Tobyotter is licensed under CC BY 2.0

We sealed Joe’s body in its envelope
for dropping in the mail slot in the ground,
addressed to God. But the Recording Angel
coughed, said, “God has an online work-around,
so doesn’t take them like that any more.”
How email Joe to God, to bless or damn?
Cremation goes to Heaven… but, knowing Him,
souls just end up in limbo, marked as spam.

Another strange little poem; who knows where they come from, or why? Where they go is more knowable: to whoever is most likely to accept them! In this case, The Road Not Taken–a journal of formal poetry. Thank you for tolerating my morbid flippancy, Dr. Kathryn Jacobs!

I think we have all lost friends and family during the pandemic. The good news now is that vaccines are so widely available. We still have a “pandemic of the unvaccinated”, and the sooner those people come to their senses, the sooner everyone can focus on the other major issues: climate catastrophe and corrupt demagoguery. (But it’s still a beautiful world!)

“capper or beginning? (crematorium Zuerich/Schweiz)” by SphotoE is licensed under CC BY 2.0

They trust us, and they shouldn’t: butterflies
and earnestly pursuing preschoolers
careen among us, prone to accidents,
disasters in the making. Both of them

incapable of short-cuts, see-sawing
oblivious among the negligent,
convinced that we know best, who disregard
how short their legs and lives are.

Some of them
(the lucky and unswatted) mobilize
their stubby forces to stay out of reach,

But most of them launch headlong, more afraid
of being left behind or swallowed, than

of damaged wings and feelings, wedged against
rude curb-stops or cupped hands –

Kathryn Jacobs writes: “I am choosing The Innocent because it reminds me of what I’ve lost: of my son Raymond in particular (though he is not in the poem overtly). Ray died at 18. I am sending a photo of Ray with his twin: it’s a photo that reminds me of more Innocent days.”

Kathryn Jacobs is a professor at Texas A&M-C and editor of The Road Not Taken. Her fifth book of poetry (Wedged Elephant) appeared in Kelsay Books. Her poems have appeared in Measure, The New Formalist, Southern Poetry Anthology, Mezzo Cammin, etc. Currently she is working on a book of Dan.
http://journalformalpoetry.com/

Context, people, context! Remember that
Herod was building his new royal city
Zippori some four miles from Nazareth
when Jesus was a child. And Joseph would
have walked there, worked there, daily; Jesus too.

When Judas of Galilee raised his revolt,
captured and burned it–Roman legions came,
defeated him, cast him in the Sea
of Galilee, a millstone round his neck,
and crucified two thousand rebel Jews.

This was the year that Joseph disappears
from Gospel narratives, all unexplained.
When Jesus chased two thousand Legion pigs
over a cliff into that selfsame sea,
think retribution; think guerrilla strike.

The lack of stories and legends about Jesus’ step-father is one of the great Christian mysteries. He simply disappears from the narrative in the year of Judas of Galilee’s revolt, and is never mentioned again in polite society. Nor is Zippori ever mentioned in the Bible, either by that name or the Romanized Sepphoris, although it was the local capital of Galilee. I have laid out what seem to me obvious suspicions in The Gospel According to the Romans, and blogged about it here and there.

This poem was just published in The Road Not Taken, a Journal of Formal Poetry, in the section themed on ‘Replies’. My thanks to Dr. Kathryn Jacobs.

It seems to me that anything that humans can imagine, some of them will try to achieve. Further, that the fairytale and fantasy dreams of preliterate days still continue, and they are indeed being achieved–though not necessarily as was originally imagined. Can we (or our descendants) attain indefinite lifespans? I think so, but probably not as the kind of human that we are today. After all, if you could halt ageing, if you could rejuvenate the body, what else would you think of tinkering with?

This poem was originally published in The Road Not Taken – the Journal of Formal Verse. 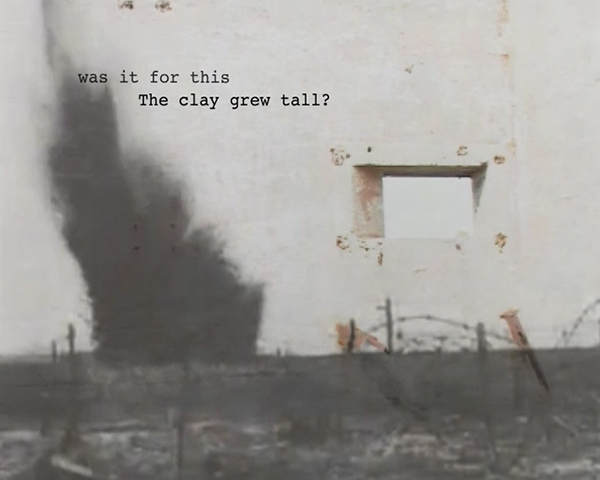 Said poor Mrs. Owen
To her son Wilfred
Why must you always
Write of the trenches?
Why can’t you write
Like that nice Mr. Wordsworth
Of flowers?

Said Mrs. Picasso
To her son Pablo
Why must you always
Paint so distortedly?
Why can’t you paint
Like that nice Mr. Monet
Some flowers?

Because we don’t always
Create what we celebrate,
Sometimes we model the
Things that we’d like to change,
Things we don’t like, or just
Things that we think about –
Thoughts of ours.

This poem was published in The Road Not Taken – a journal of formal poetry that is edited by Kathryn Jacobs in connection with Texas A&M University at Commerce, TX.

Technically the poem lacks some aspects of what we tend to assume is “form”, notably extensive rhyme, alliteration or assonance. But each of the stanzas has the same seven-line form, with two stressed syllables in each of the first six lines and a shorter seventh line. The first two stanzas have virtually identical structure, though one deals with poetry and the other with painting, and the third stanza answers them. The last lines repeat and rhyme.