How cool is Heaven? Where do I begin here?
The nightlife’s hipper than pre-war Berlin here,
Yet wholesome as a cozy country inn here.
I’m suave as Cary Grant or Errol Flynn here.
I’ve got broad shoulders and a dazzling grin here,
Plus perfect hair, flat abs and strong, cleft chin here.
(We all look like some sexy film star’s twin here.)
Nobody hates the color of your skin here.
Yang enjoys perfect harmony with yin here.
The food is rich, yet all of us stay thin here.
Nobody has to lose for me to win here.
We’re all on friendly terms with all our kin here.
No politicians practice crooked spin here.
I never get hung over from the gin here.
None of my favorite vices is a sin here.
Damned if I can tell how I got in here.

Chis O’Carroll writes: “I set out to write a matched pair of afterlife poems, assuming that the message from Hell would be inherently funnier.

The Internet’s top bloggers, your ex-lovers,
Share details of how bad you were in bed.
All books, despite the titles on their covers,
Are Dianetics or The Fountainhead.

That sort of stuff. Eternal bliss struck me as less promising comedy material somehow. But my lack of saintliness is pretty hilarious, and one of my many sins is loving monorhyme way more than I should, so the Paradise poem worked out OK after all. I’m often indebted to my wife or to various poet friends as I polish and fine-tune a poem. In this case, it was my late father who read an early draft and helped me punch the thing up. Naturally, this blog is available in Heaven, so he knows I’m giving him a shout-out.“

Chris O’Carroll, author of The Joke’s on Me and Abracadabratude (both from Kelsay Books’ White Violet Press), is a Light magazine featured poet as well as a contributor to the Potcake Chapbooks series (Rogues and Roses, Families and Other Fiascoes, Wordplayful and Murder!) and The Great American Wise Ass Poetry Anthology. His poems appear in An Amaranthine Summer (published in memory of Kim Bridgford), Extreme Sonnets, Love Affairs at the Villa Nelle, and New York City Haiku, among other collections. Chris is a member of Actors Equity and has performed widely as a stand-up comedian. He lives in Massachusetts with his wife, historian Karen Manners Smith.

‘Postcard from the Afterlife‘ was originally published in The Spectator.

Do you remember when we used the Moon
To measure menses, measure time by month?
We’d found the Moon determined tides and blood,
So planted crops and children by its tides.

From tribal gods of weather, waves and war
We groped, pre-Science, through theology,
Trying to grasp the world and life and death,
Leaving the worship of the moon behind.

The atheist Gagarin, first to heaven,
Noted he didn’t see a God up there.
American believers, first to the Moon,
Quietly said nothing, and moved on.

Now city kids may never have seen stars…
Soon satellites will blanket the night sky…
With skyless nights, why should we still use months?
And when in space, why months? Or days? Why years?

Not knowing where we’re headed, all we know:
That god or goddess Moon’s left far behind.

This poem was published in the latest issue of Sally Long’s biannual Allegro Poetry Magazine. The issue has a theme of ‘Geography’, so the subjects range from the gardens at Stowe to the aftermath of Hiroshima. Perhaps the moon is in itself a little outside the Earth-bound definition of geography, but as it has always been such a big part of our lives on this planet I think it’s fair to include it. And people have been there, and will go again. And our attitudes to the Moon and Heaven and Earth will keep on evolving as humans themselves will change, moving forward in unknowable time and space.

The poem is in iambic pentameter, but lacks the rhyme and wordplay that I advocate for poetry. I thought of trying to shrink it down from 18 lines to a sonnet’s 14, which is a trick I’ve used before to make myself find rhymes and generally tighten up a poem; but in this case I couldn’t see which blocks of four lines I could combine, eliminate or otherwise reduce – they all seemed necessary, and hard to shrink. I hadn’t thought of going for four blocks of three lines each, with a concluding couplet… but that might provide a solution, if I feel up to attempting it for a couple of hours.

We sealed Joe’s body in its envelope
for dropping in the mail slot in the ground,
addressed to God. But the Recording Angel
coughed, said, “God has an online work-around,
so doesn’t take them like that any more.”
How email Joe to God, to bless or damn?
Cremation goes to Heaven… but, knowing Him,
souls just end up in limbo, marked as spam.

Another strange little poem; who knows where they come from, or why? Where they go is more knowable: to whoever is most likely to accept them! In this case, The Road Not Taken–a journal of formal poetry. Thank you for tolerating my morbid flippancy, Dr. Kathryn Jacobs!

I think we have all lost friends and family during the pandemic. The good news now is that vaccines are so widely available. We still have a “pandemic of the unvaccinated”, and the sooner those people come to their senses, the sooner everyone can focus on the other major issues: climate catastrophe and corrupt demagoguery. (But it’s still a beautiful world!)

“capper or beginning? (crematorium Zuerich/Schweiz)” by SphotoE is licensed under CC BY 2.0

Her thoughts were all inside her –
Free from reality –
Poor little cramped-up spider
Who never saw the sea.

Much though I love her insightful and often wicked little poems, and deeply though I sympathise with her for (as I have heard) the traumatic and embarrassing seizures that restricted her life, I still have difficulty with this specific Emily Dickinson poem:

I never saw a Moor —
I never saw the Sea —
Yet know I how the Heather looks
And what a Billow be.

(There are two versions of this poem in circulation; but her poems were only edited and published after her death, and subsequently researched, de-edited and republished.) With all due respect, Miss Emily, if you had actually experienced the sea you would have realised that there is no way that a description and a couple of paintings can hope to capture the totality of waves: their warmth or chill, their taste, their sound, their movement against the body, the enjoyment, the danger, their feel in the water, their feel on a boat, their impact on a sandy beach or on a reef or against a cliff…

This also suggests to me that her understanding of God and Heaven is way too simplistic. She is making a good unwitting case for agnosticism. ‘White Recluse’ was published in The Asses of Parnassus, a suitable place for snippy little poems.

There flows in my veins the most ancient of ardours:
not power, or love, nor yet worship of God;
the fight that each tiniest baby fights hard as
fought earliest man: “Understand!” Pry and prod
with unquenchable flame of the world-disregarders
for Truth! – be it complex, destructive or odd.
If this fire is from Heaven, then Heaven I’ve earned;
so write on my grave: “This stone too shall be turned.”

This teasingly paradoxical little poem was originally published in the Shot Glass Journal, a thrice-a-year journal of 20-30 American poems and an equal number of international ones. Why the name? Because this is a journal for short poems, none over 16 lines. Most of the material they publish is free verse, but they like to have a full range of styles in each issue… which is good news for formal poets. 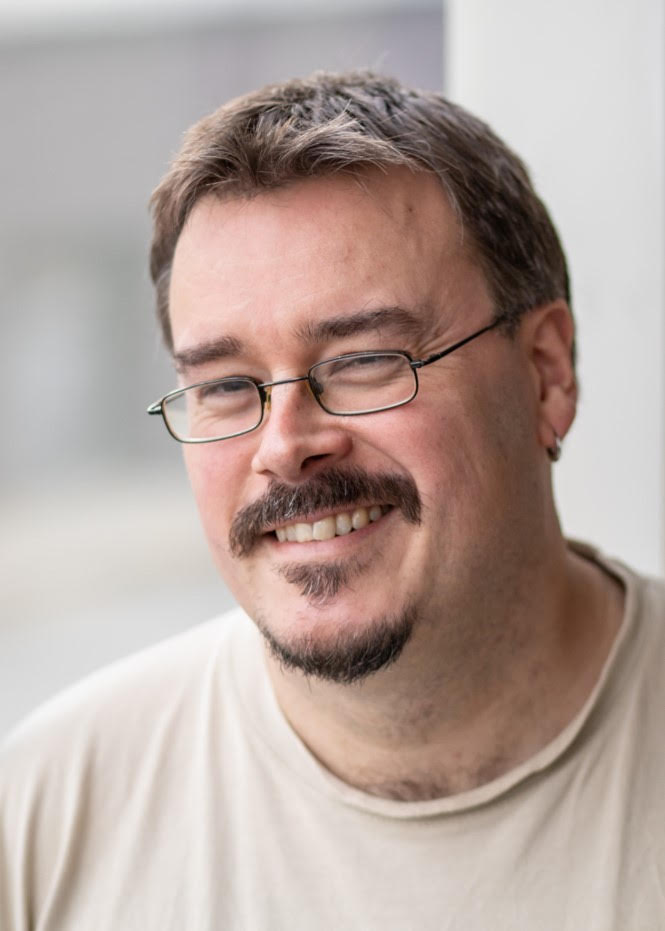 The Bible offers this advice;
Repent of all your sins. The Lord
Will grant the worthy Paradise
As their reward.

But what kind of incentive’s this?
Who wants to spend eternity
With upright folk? Who’d deem that bliss?
Not bloody me.

When dying, I’ll abjure the priest
And trust St. Peter recommends
Damnation, for in Hell at least
I’ll be with friends.

Rob Stuart writes: “Whatever this poem’s shortcomings may be, it has the rare distinction of having turned out exactly as I had intended, making the journey from concept to page without incurring any significant damage along the way. You can deduce quite a lot about my world view from these twelve short lines, I think, and it’s very much representative of the kind of poem I am always trying to write – short, snappy, and simultaneously humourous and barbed. I showed it to a colleague once and she immediately declared ‘I want that read at my funeral.’ I thought that the best possible endorsement.”

Rob Stuart’s poems and short stories have been published in numerous magazines, newspapers and webzines including Ink Sweat and Tears, Light, Lighten Up Online, M58, Magma, New Statesman, The Oldie, Otoliths, Popshot, The Projectionist’s Playground, Snakeskin, The Spectator and The Washington Post. He lives in Surrey, England with his family.
http://www.robstuart.co.uk/ 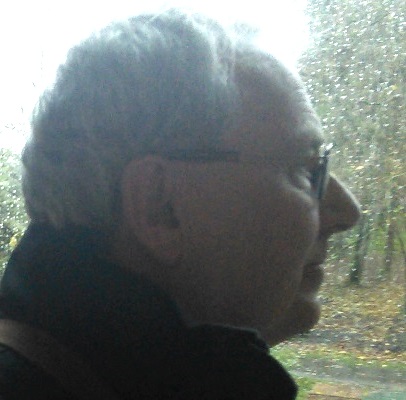 Do those whose taste in music
Is grandly hoity-toity
Think Heaven’s operatic
And ineffably Bayreuth-y?
Do those who go for punky gigs
Think paradise less posh,
Packed hard with spit and violence,
So Heaven’s one long mosh?


Let me describe the paradise
My ageing heart prefers–
A dimly-lit piano bar
And a bottle-blonde chanteuse.
Some broad who’s been around the block,
With a voice of smoky yearning,
A lady who has seen too much,
But she keeps the old torch burning.


George Simmers writes: “I’ve sent this poem as a favourite because it starts off very definitely as light verse, but then modulates into something else. I like poems like that (and dislike the opposite – the ones that start off sounding deep, but then opt out and end up flippantly).

In the description of the singer and her music, I’m celebrating the kind of music I most enjoy – the torch-songs of the Great American Songbook, mostly from that golden age between 1920 and 1960. As I listen, I enjoy remembering that this is the kind of popular song that in its time was fulminated against by vicars and Leavisites for being popular and shallow (but more deeply perhaps because such folk were made uncomfortable by the Jewish melodies and African rhythms). Great singers like Ella Fitzgerald and Sarah Vaughan made perfect art of it, but I prefer to think of a more imperfect one, a singer in a smallish bar, provincial, earning her rent doing what she loves, and finding in the songs a way of expressing the trials and yearnings of her own imperfect life. The customers drink, and maybe some of them chat. She sings.

Her repertoire is heavy on the music of Harold Arlen, but there is plenty of Rogers and Hart there, too, and Jerome Kern and Irving Berlin, and Gershwin, of course. And yes, Herman Hupfeld and… you name them.

I’m amazed, when looking into anthologies of twentieth-century American poetry, that they do not include ‘The Man I Love’ or ‘I Wish I were in Love Again’ or ‘Blues in the Night’. These are words that will surely outlast those of the poets academically respectable in their day. My poem is a tribute to those songwriters.”

George Simmers used to be a teacher; now he spends much of his time researching literature written during and after the First World War. He has edited Snakeskin since 1995. It is probably the oldest-established poetry zine on the Internet.
https://greatwarfiction.wordpress.com/
http://www.snakeskinpoetry.co.uk/